The article below originally appeared in the San Mateo Daily Journal and is being reprinted with permission. 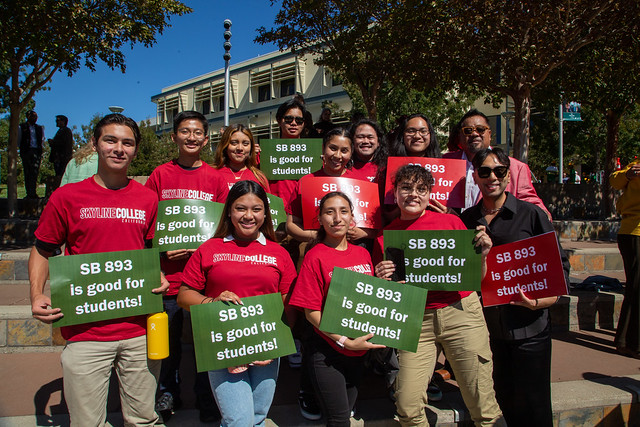 A bill to allow all San Mateo County residents to attend community college here for free was signed by Gov. Gavin Newsom.

“It was a team effort and hopefully it will have a great impact for people in our county who may not have otherwise gone to college,” said John Pimentel, a member of the San Mateo County Community College District Board of Trustees, who was one of the main proponents of the legislation.

The program is slated to begin immediately after the law goes into effect Jan. 1, in time for the spring semester, Pimentel said.

Students who prove financial need by completing a Free Application for Federal Student Aid form or a version of the form for undocumented residents would also be exempt from paying health, student body, student representation, student union, inclusive access and materials fees.

SB 893 would expand on the district’s established efforts to make community college accessible to underserved students through its Promise Scholars Program that offers about 2,000 students districtwide financial, counseling and academic support.

The district’s ‘Promise Scholar Program’ has helped thousands of students facing financial hardships over the years be able to afford a quality community college education, Becker said in a press release, adding that there is now a chance to help every student in the district by shouldering that financial burden for them. 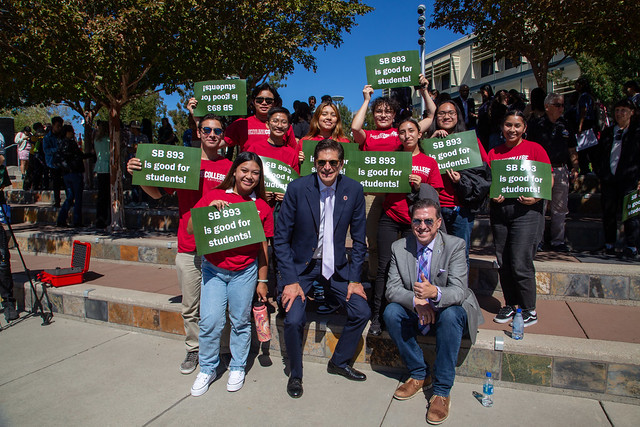 “Attending college is more expensive than ever and students, fresh out of high school, who have worked so hard throughout their academic careers are faced with an enormous financial decision,” Becker said. “Do they take out loans? Do they get another job? Should they live at home longer? Should they go to school at all? This law will let the SMCCCD remove a significant number of roadblocks for these students and make their decision to get a quality education a whole lot easier.”

Enrollment fees to attend community college in the state have not always been a part of the institution’s history, Chancellor Mike Claire and Pimentel noted during an event at Cañada College in Redwood City last week to rally support for the governor to sign the legislation. When they attended community college in the early ’80s, Claire at Cañada College and Pimentel at San Joaquin Delta Community College, neither of them paid enrollment fees, they said.

Determined to get a version of the bill passed, Becker said he and his team decided to create a piece of legislation that was “laser focused” on giving San Mateo County residents the opportunity to attend community college for free without additional state funds or local taxes.

The district has set aside $6 million in the 2022-23 budget for the program’s implementation which is expected to cost about $4.7 million next semester, Dr. Richard Storti, executive vice chancellor for Administrative Services, said during a meeting in late August. San Mateo County supervisors also allocated $2 million toward the effort.

During the summer, district trustees also agreed to waive student health and parking fees and parking permit citations for the 2022-23 school year, saving students between $700,000 and $770,000 combined, according to a press release. That initiative was finalized by the board early this month when it adopted an updated budget in which $2 million was allocated toward offsetting revenue loss from the program.