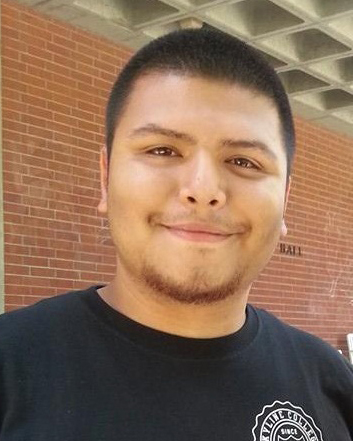 By the time Jorge Murillo was a sophomore in high school, missing school was a habit. Living in a small apartment with six family members, caring for younger siblings at least one day a week, and worrying about what to cook for dinner meant that Jorge didn’t have the time or space to really engage with his schoolwork. These were normal circumstances at the time, but from today’s perspective Jorge acknowledges the clear challenges he faced.

“Now I can tell you that being low-income was probably the greatest obstacle I faced because it determined a lot of how I experienced life, especially the education system.”

Faculty at his high school viewed his tardiness and truancy as a sign that continuation school was the best option. But Jorge’s mother knew what that path could lead to for her son – dropping out. So she fought to keep Jorge in high school.

“To me, school was secondary to my family responsibilities. After a while, I developed a really deep resentment towards school and what it represented – a foreign place that wasn’t for me,” Jorge says.

In the spring of 2007, while a Junior in high school, Jorge was introduced to the Hermanos Program at Skyline College. Unsure of what the program had to offer, Jorge signed up because he would receive high school credit for attending the program twice a week. It was a decision that would change his life.

Over the next year and a half, the Hermanos classes helped to shape how Jorge saw the world around him.

“I didn’t know it back then, but Hermanos helped me develop my sociological imagination and motivated me to do something about inequity and inequality. It made me feel like I was part of something larger than myself and that I had the power to change the world.”

In 2008, Jorge graduated from South San Francisco High School and became a deeply engaged student at Skyline College. An active member of the Puente Program, he attended the UC Riverside Puente Leadership Conference in 2009 with 50 other Puente students from throughout California. There, he engaged in discussions about Latino history, culture, and the sociopolitical challenges that would help to shape his educational and career path.

One of the highlights of Jorge’s time at Skyline College was when he was brought on as a Campus Ambassador for the Financial Aid Office. It was in that position that Jorge learned about the important role that student services play in students’ lives. For Jorge, being a Campus Ambassador allowed him to, in his words, “equip people with the necessary tools to be successful students and accomplish their dreams.”

It was with this goal in mind that Jorge transferred to UC Davis in the fall of 2012 where he studied Sociology with an emphasis in Social Services, earning his Bachelor’s Degree in June 2014. Today, Jorge is the Enrollment Analyst for FACES SF (Family and Child Empowerment of San Francisco), one of the largest childcare providers in the city, and is also the Interim Program Coordinator for the Veteran’s Resource Center here at Skyline College – Jorge’s unique passion and drive, aided by Skyline College, pushed him to where he is today.