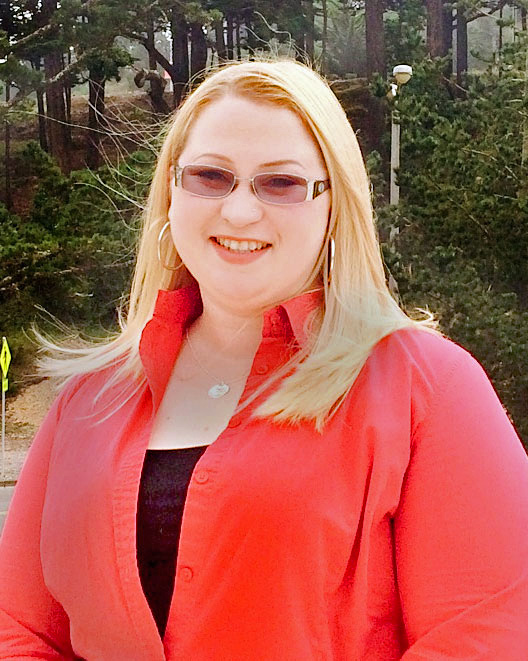 Before Skyline College, Shannon Fox did not realize her potential. Nearly three years ago, Shannon, a Pacifica native who became a mother at 21, was working full-time for Bank of America when her position was eliminated. Though Shannon had returned to school at 26 to earn her GED, she dreamed of more for her and her son's life. While working full time as a senior teller officer and managing the responsibility of single parenting, pursuing higher education never seemed like a practical option. However, Shannon wondered if losing her job was the catapult she needed to make the substantive change she desired. With the support and encouragement of both her son and her boyfriend, she seized the unexpected opportunity.

In 2011 during a pre-interview for a SparkPoint financial coaching session, Shannon revealed interest in a healthcare career and was connected with Soledad McCarthy, the program services coordinator of the Career Advancement Academy (CAA) and a financial coach at the SparkPoint Center. Soledad immediately noticed Shannon's motivation and eagerness to take advantage of this unexpected change life had in store and her desire to leverage it for her success.

Shannon was blown away with the support system that Skyline College provides students—both in and out of the classroom: counseling, student services, and financial coaching. Shannon received straight A's her first semester, which was followed by a series of successful semesters after that. In addition to being an exceptional student, Shannon served as a mentor to her peers. She created and organized study groups for her classmates in the Allied Health Career Advancement Academy, the learning community Shannon joined in her first semester. Soledad McCarthy shares: "Shannon's been instrumental in encouraging students who felt overwhelmed. With her support, many of these students were connected to additional support systems on campus, which helped them continue their education. She gathered phone numbers and email addresses to stay connected to other students and helped support them along the way."

Even as Shannon moved on to her program of choice, Surgical Technology, she continued to stay connected with her peers from her CAA cohort; forming emergency study sessions when needed and calling students whose faces she noticed were absent from class.

Shannon is a two time recipient of the Grove Scholarship through SparkPoint at Skyline College. She has also received the prestigious Mills Peninsula Hospital Scholarship for Allied Health Students. Shannon will complete the Surgical Technology program in May 2014 and hopes to work at Seton, Mills Peninsula or Kaiser Hospital. She plans to complete her Associates degree and to eventually pursue and complete her Bachelor's degree in Science.