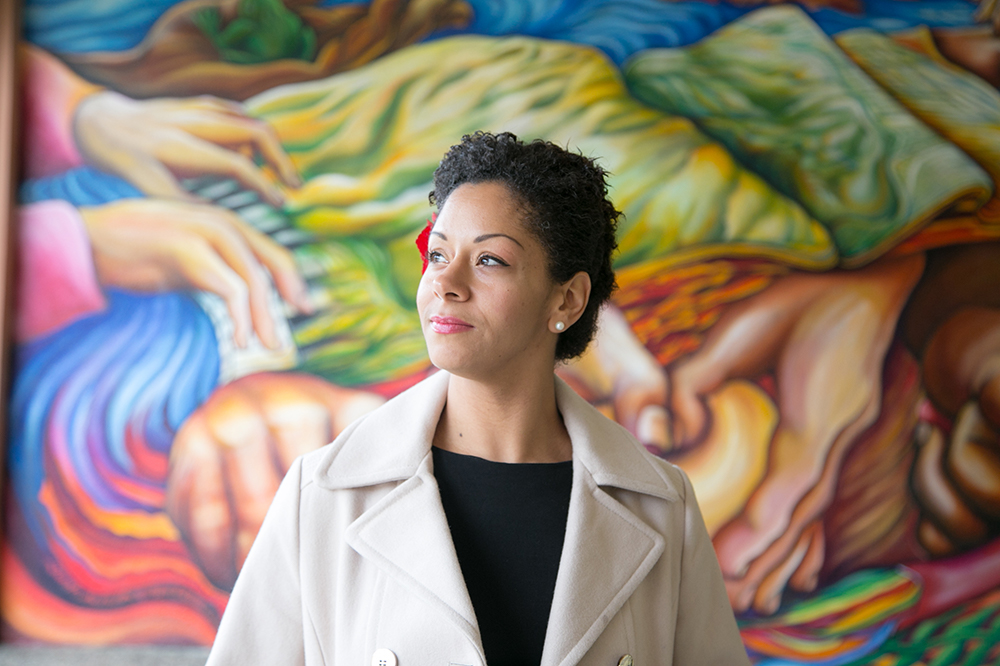 Placed into San Francisco’s foster care system as an infant, and moved to three foster homes before she found her permanent home headed by a single working-class mother; Valerie was born at a disadvantage, but once she was adopted, nurtured with love and educated, she thrived, learned and grew to develop a resilient lifelong love for learning that would have its ups and downs. For although she was in the head of her class in the third grade, Valerie was a latchkey kid at the bottom of her class by the end of her middle school years and ultimately dropped out of high school. However, after giving birth to her first child at the age of 19, she returned to school to achieve her GED and college education. Initially, Valerie had a challenging time acclimating to college life and expectations and was placed on academic probation, but after becoming a part of the Skyline community, she felt a sense of support and belonging. Valerie became a serious scholar, committed leader and Skyline Ambassador; she studied persistently, joined student government, transferred with honors and graduated with an Associate of Arts degree from Skyline College, a Bachelor of Arts degree from SF State University and a Master of Arts from the College of Ethnic Studies at SF State University, thanks to the support, guidance and leadership opportunities provided at Skyline, particularly in the EOPS, ASTEP and Honors Transfer programs.

Valerie grew inspired by her personal and professional experiences to work in a career that empowers and transforms the lives of foster youth, at-risk students and families. Valerie has over a decade of experience helping at-risk students and parents access and achieve a quality education and she attributes her life calling to her personal experiences as a foster child and as a single mother. It is her testimony that gives her courage to not only help herself, but to also help other people in similar circumstances elevate through access to educational advancement.

Over the years of working in the non-profit sector in partnership with schools, colleges and Universities, Valerie has helped parents enroll their children into preschools, elementary schools and colleges. She has also helped at-risk students graduate high school and get into college. At the same time, she has also witnessed the trauma, neglect and demise of children who grew to become adults underprepared to succeed in the 21st Century, in a world economically competitive, where the value of education is often used to justifiably separate the haves from the have-nots. As a single mother with a Master’s degree, Valerie found herself in an ironic position, with advantages and disadvantages, where she identified with both the haves and the have-nots; Valerie hopes to use this understanding to serve as not only a tutor, but as a bridge that connects disadvantaged populations to educational opportunity.